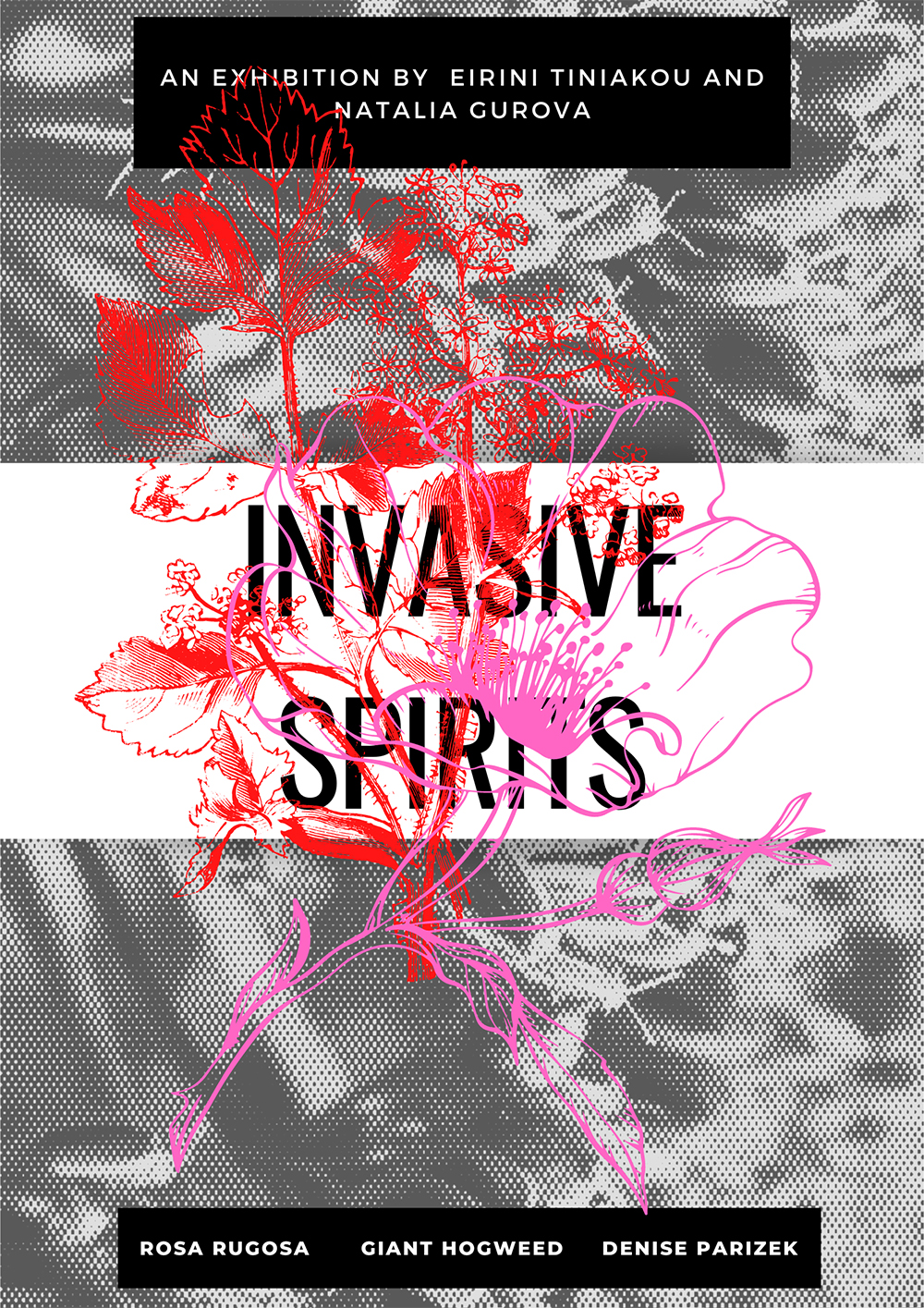 The project draws inspiration from Rosa Rugosa and Heracleum Sphondylium. Two of many invasive species that threaten the balance of the European ecosystem. Specifically, Natalia focuses on the appearance of Heracleum commonly called Giant Hogweed which is an impressive-looking plant yet potentially toxic as its sap can cause photodermatitis or photosensitivity. Eirini focuses on Rosa Rugosa, a rose officially banned and ought to be destroyed in Finland as of January 2022. It is a beautiful-looking and smelling rose, yet its existence in Finland has substantial effects and threatens the local flora as well as the fauna which depends on it.

The Caucasian hogweed once came to Europe as a gift from the Russian Tsar. After the victory over Napoleon, Prince Metternich invited a congress on the reorganization of Europe to Vienna in the autumn of 1814. The Russian Tsar Alexander I gave the host a vase full of the seeds of the giant hogweed. Prince Metternich had the seeds sown in the park of his summer residence, Königswart Castle in Bohemia. The coveted seeds quickly found their way into the hands of enthusiastic gardeners and botanists. Beekeepers also noticed that the plant provided an abundance of nectar for their bees and so they too contributed to its spread. Around the middle of the last century, giant hogweed overcame the garden gate and began to spread uncontrollably. Thereafter the campaign against the invasive plant began! With hoes, scythes, flamethrowers, and herbicides, people tried to control the invader. But this plant is incredibly vital.

A single plant can produce up to 10,000 seeds, which germinate for years and can be spread by the wind as well as by running water. All this makes the potent plant one of the most aggressive neophytes on the black list of the most problematic invasive plants.

Rosa Rugosa is a wild rose species native to East Asia where it is known for its incredible healing properties and its use in Chinese medicine to treat diabetes, hyperlipidemia, hypertension, and inflammation. It was introduced to Europe around 1796 as an ornamental plant but in Finland was found to be naturalized in the early 20th century.

In full bloom, the rose intoxicates its surroundings while its “fleshy” hips that ripen in late summer attract the birds to feed on them, thus carrying their seeds far and wide to their migratory paths. Throughout its geographical spread, the rose proves, like the giant hogweed, extremely resilient to harsh climates and salt thus it extensively grows from roadsides to coastal habitats competing with local species for light and earth nutrients.

In this journey of Rosa Rugosa and Heracleum Sphondylium, we contemplate the role of the native, and the intruder as those are ambiguously interlaced.

Our choice to deal with these plants was coincidentally organic as we have both seen these plants in Finland, Austria, and the Russian steppe respectively. The outspread of these alien species and their biological kineses highlights accidental but intriguing historical parallels and reflects the current geopolitical state on a global scale.

The purpose of the work is to open a dialogue for urgency, exercise criticism, and question legitimacy, power, and conquest/intrusion while simultaneously allowing issues of identity and immigration to preserve.