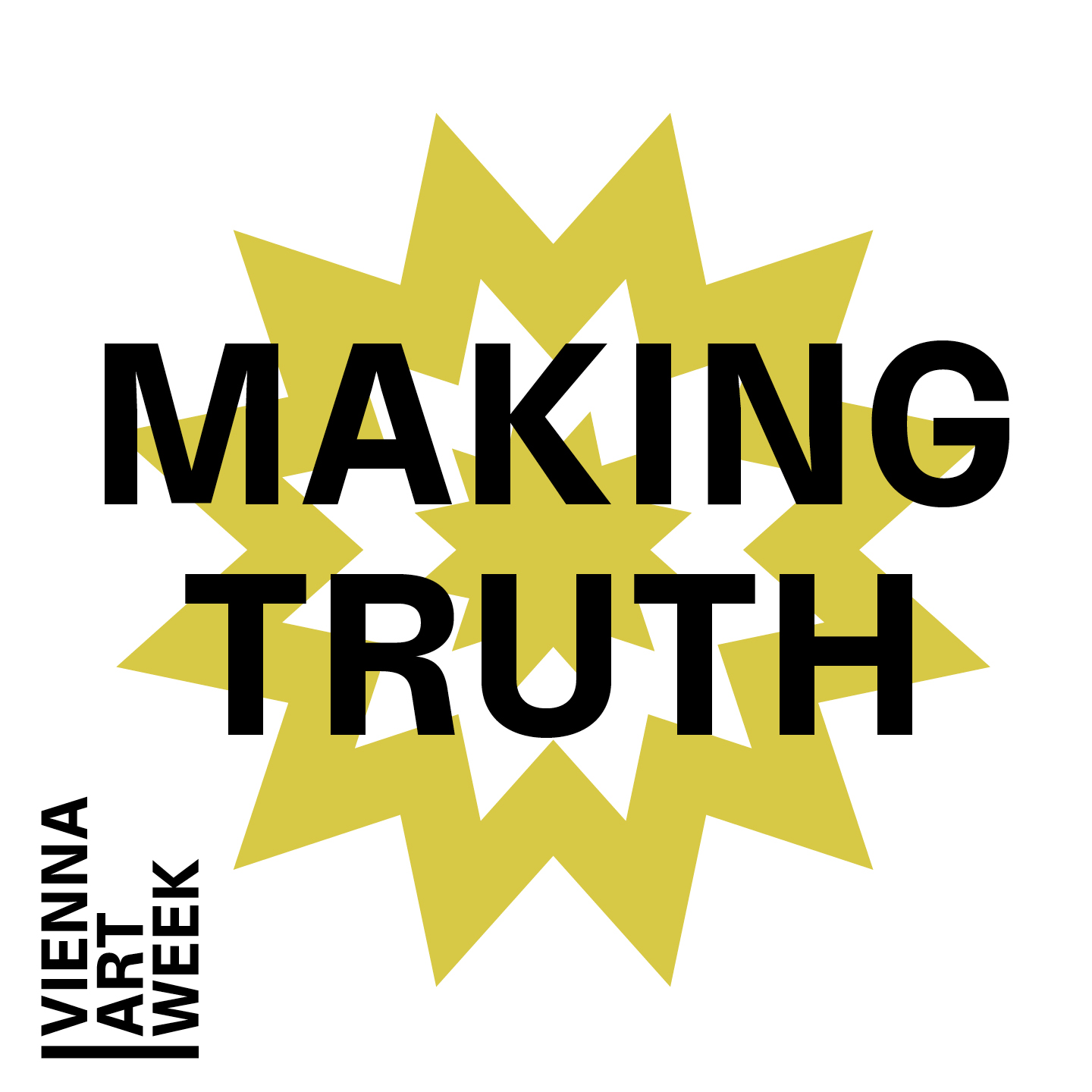 If the World has Changed Enough IF THE WORLD HAS CHANGED ENOUGH,
a prophetic or dystopian title, what will happen, what will we do, will we still exist or will we live in utopia paradise.
Searching for future, making truth, both is intertwined in the actual project by Yumi Watanabe and Shinpei Takeda at 12-14 contemporary, on the occasion of Vienna Art Week and the 150 anniversary of Austrian and Japanese friendship.

The question of what to do when the world has changed enough is topical … retreating inside, cocooning, exploding outward, revolting, marking.
While Yumi Watanabe focuses on inwardness, feelings, and reflections, Shinpei Takeda storms the monument in rock punk style, questions its meaning and influence, and turns it into the vision of the antimonument. While Shinpei Takeda is covering the windows with a kind of relief, remembering the tragedies of Hiroshima and Nagasaki, Yumi Watanabe is dealing with colours, emotions, desirable prophecies.

Perhaps because of that unclear and often frighting views in our common future Yumi Watanabe has chosen yellow as her colour for 2019.
YELLOW – sun, light, fire, brighter world, positive future.
YELLOW – a signal colour for warning signs. If you obey these yellow signs will protect you. Shrouded in a world without edges and dangers. For that thought and freedom sacrificed? Freedome against security? No let’s better focus on sun and brightness, illuminations and phenomena.

As we know from Christian iconography, colours are assigned a specific meaning. Geographic and ethnological variations can also be found in theory of colours. The allocation and determination of colours is of greater importance in Japan than we are used to.
BLUE – stands for sky, air, sea in both cultures.
In Japan blue has a calming healing effect, for example used for prison clothing.
In Catholic iconography, BLUE is the colour of Mary, the colour of purity, truth.
YELLOW, on the other hand, stands for gold in the West, similar in Japan for money.
The interpretation of jealousy and hatred, avarice or betrayal comes from the colour of an ignited gall, hence the negative connotation.

For Yumi Watanabe colours have a more deeper and personally connected importance. Since her childhood she was always looking at people in colours. She felt people in colours and reacted on the colours first, not on the people. The colour project, PINK, BLUE, YELLOW, are chapters of a processing rite. Its kind of a Catharsis Project, an attempt to cleanse the soul of the artist at the end.
All started with PINK, a feminine colour at first sight. This PINK image was a cry for help, an outbreak of the individual, possible in a positive shining environment. Therefore Yumi Watanabe covered the walls of her studio with pink colour, she built a cave of safeness and comfort for her soul. After Art school she has been met with many sexual segregations and felt that she lost her voice as an upcoming artist.
The pink cleared her mind but meanwhile infecting the audience to interfere and to be involved, so that they can be part of the pinkish bubble of well feeling and security.
„Afterimage of Love“ was the realization as a rite de force of the artist’s soul. Following this work based on colour, she continued with 2 other important colours in similar concept.

What is continuing in Watanabe´s work is the technique. She was photographing three dimensional reality with middle formate cameras mostly. Like good wine, they have to be stored for several years before she takes them out again and interpret the old images with new meanings. The transformation starts with overpainting in the dark room and later to print digitally. Through cutting out and covering with resin, she shapes them again in three dimensional art objects. The flatness in-between is a platform for a new interpretation and new view on old stuff. Since 2016 she is working on the three colour project PINK, BLUE, YELLOW, which is CMYK without K – the essence of colours and emotions.

The banishment of corners, perhaps a reference on Hundertwassers thinking or influence for being to long in Vienna, has as well a second level of meaning. A world without a corner is a world without edge. With the rounding on frames and corners she started in her „I SEE YOU“ project and adapted it in Tijuana. She wanted to propose a world where there is no conflict, no hate, no danger.
In Japan there is a saying:
„No corner standing“  means without aggression, relaxed.

Therefore we praise techniques, entertainment, aesthetics and hope and edges without corners for upcoming future and a better way of living together.