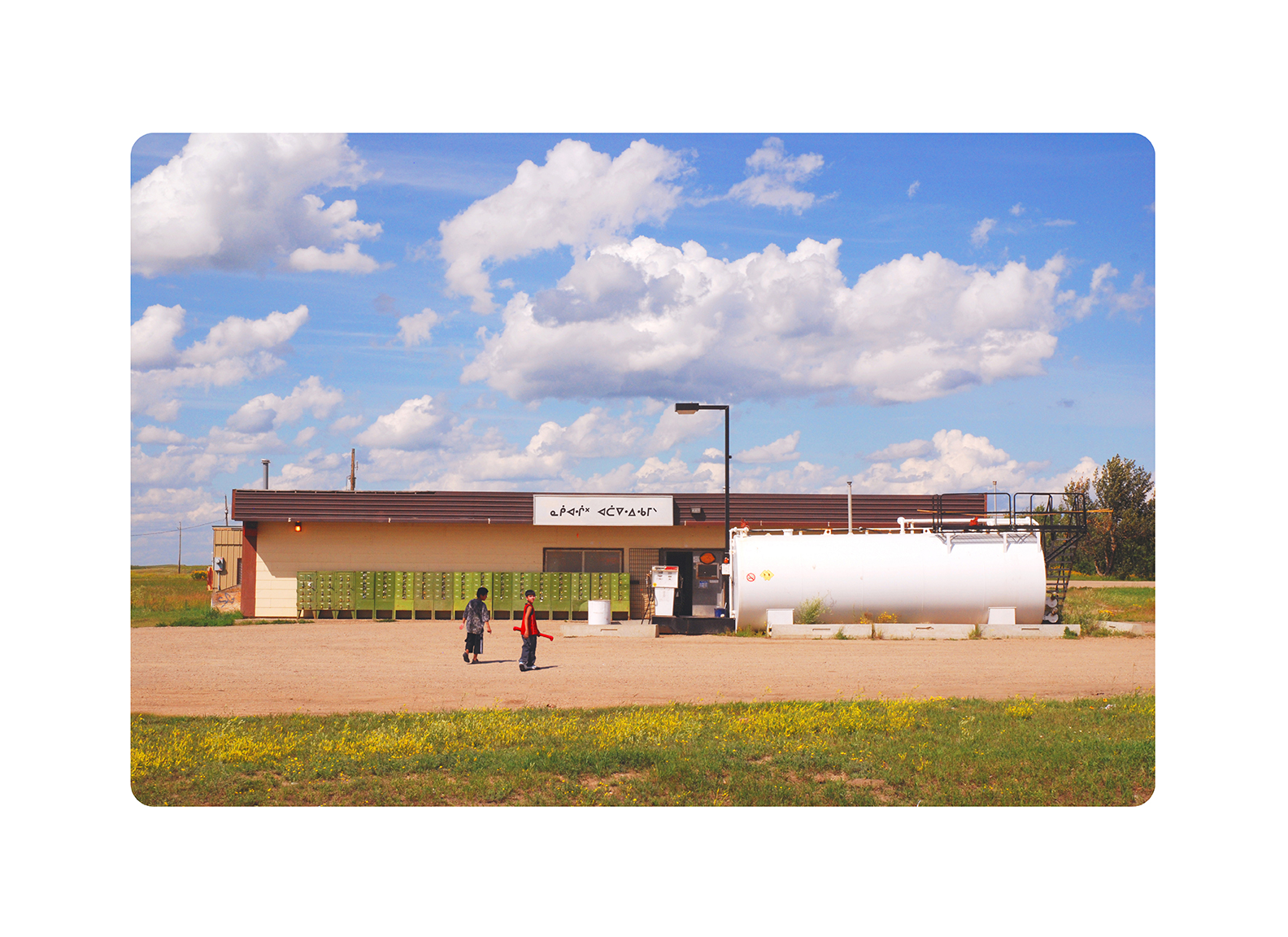 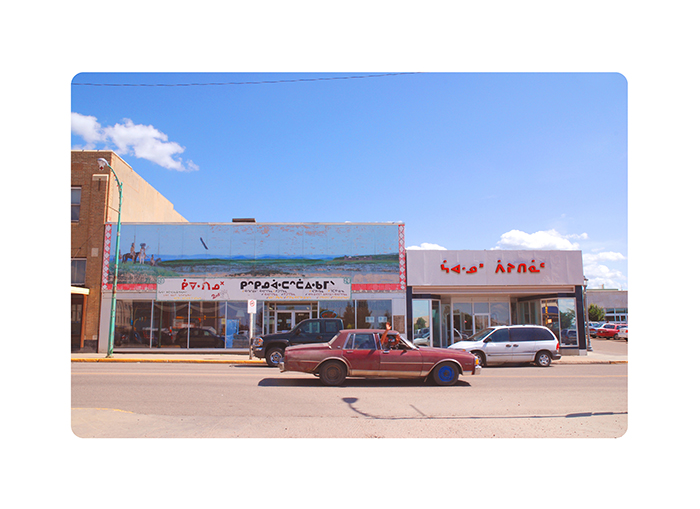 Joi T. Arcand is an artist from Muskeg Lake Cree Nation, Saskatchewan, Treaty 6 Territory, currently residing in Ottawa, Ontario. She received her Bachelor of Fine Arts degree with Great Distinction from the University of Saskatchewan in 2005. Recent solo exhibitions include Walter Phillips Gallery (Banff, AB); ODD Gallery (Dawson City, Yukon); Mendel Art Gallery (Saskatoon); Wanuskewin Heritage Park (Saskatoon); Dunlop Art Gallery (Regina); Gallery 101 (Ottawa). Her work has been included in numerous group exhibitions, including at the Winnipeg Art Gallery; Karsh-Masson Art Gallery (Ottawa); McMaster Museum of Art (Hamilton, ON); The Center for Craft, Creativity and Design (Asheville, North Carolina); Woodland School at SBC Gallery of Contemporary Art (Montreal); Ottawa Art Gallery; PAVED Arts (Saskatoon); and grunt gallery (Vancouver). Arcand has been artist in residence at Wanuskewin Heritage Park (Saskatoon); OCAD University; Plug-In Institute of Contemporary Art; the Banff Centre for Arts and Creativity; and Klondike Institute of Art and Culture (Dawson City, Yukon). She has served as chair of the board of directors for PAVED Arts in Saskatoon and was the co-founder of the Red Shift Gallery, a contemporary aboriginal art gallery in Saskatoon. She was founder and editor of the Indigenous art magazine, kimiwan (2012-2014), and most recently curated Language of Puncture at Gallery 101 (Ottawa). 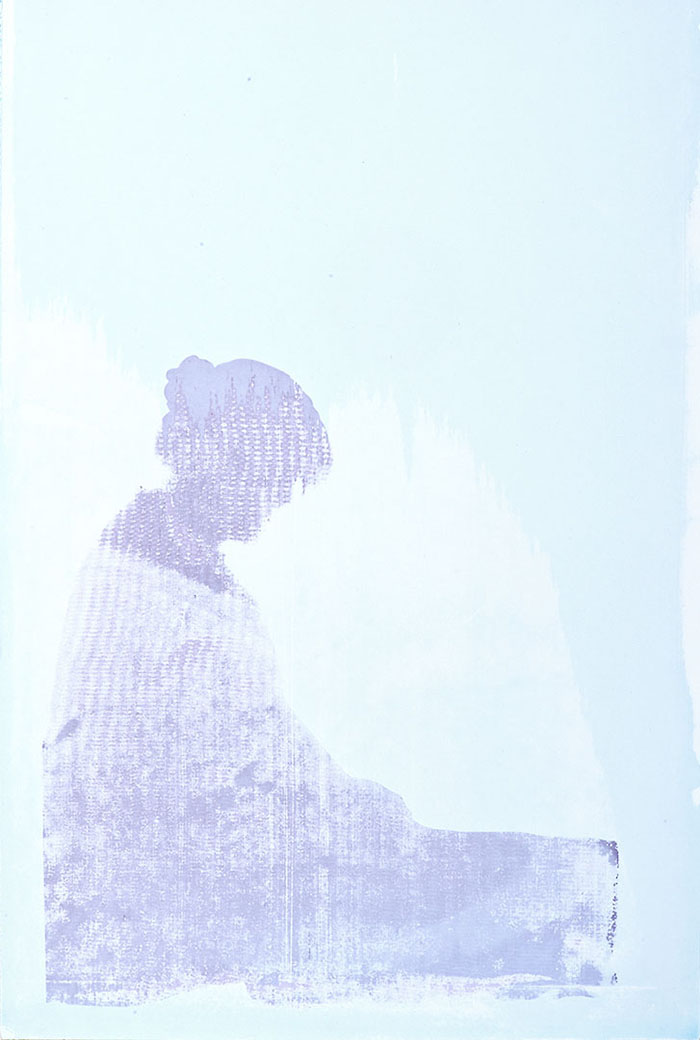 My works depict the issues that I face as a Cree woman, mother, and grandmother. They are a critical examination of contemporary Cree condition. They portray pericolonialism’s ongoing impact on my place within family, community, culture, territory, society.  So many questions generate and direct my research and response. The questions help me to process “the shit in my head” – hybridity, nationalism, dichotic realities – in a way that supports moving forward. My process allows for the paintings, prints, and sculptures to act as a doorway for the personal experiences depicted to transcend relevance to others who also find themselves navigating through their own interstitial space. Perhaps my attempt at reaching a larger audience – other Crees, other Canadians, other peoples – will create a bridge to similar or identical experience, building a common ground of understanding that I hope will help my children and grandchildren.

Audrey Dreaver is a painter, curator, instructor, and consultant. She is nehiyiwak (plains Cree) and her family comes from the Mistawasis and Ahtahkakoop Cree Nations of Central Saskatchewan. Audrey holds a BFA Studio Arts and BA Museum Studies from the Institute of American Indian Arts (IAIA), and an MFA Studio from the University of Regina. Audrey has served on various Councils/Boards including as Board Chair of TRIBE Inc.; Canadian Museum for Human Rights Advisory Council Member; and Board Member of the Saskatchewan History and Folklore Society. Her time is split between Fine Art and Museology researching and teaching art technique, Indigenous art histories, exhibit development, and the care and repatriation of Indigenous material culture.  She is currently an Adjunct Instructor at the First Nations University of Canada and the University of Regina where she teaches Native art histories from an Indigenous perspective. Her current work continues the exploration of her family’s language loss in the public school system, and has expanded to also include the disconnection to the medicine knowledge carried by her maternal grandmothers.

Mother tongue and identity are closely linked. Losing one’s own way of expressing oneself can lead to a loss of identity.  The possibility of no longer understanding a person’s native language also means losing the roots of one’s culture. It leaves you feeling voiceless.

The project Do your speak Cree? is committed to developing the bilateral dialogue between Canada and Austria, between the Cree artists Audrey Dreaver, Joi T. Arcand and me as a curator. On Audrey’s question whether such phenomena would be unknown in Austria, I told her the stories of the language wars in Carinthia against the Slovenian minority and the attacks on Roma and Sinti in Burgenland or the long exclusion of Burgenland Maria Theresia Croats. The latest Austrian history is by no means free from conquest and language prohibition, from identity theft and exclusion of minorities.

The aim is to overcome the language barriers and to explore the diversity of bilateral and interdisciplinary concepts of artistic communication. When we start from Derrida, the constellation evolves from the lack of ignorance of a language and its limitations and curiosity for a new language. The question of which language is particularly suitable for certain areas arises from stereotypes and experiences. Exploring a translation option not only between languages but also between cultures, nations, political identities, is one of the goals of this artistic project.

European immigrants to North America brought in new ways –  their rules, stories, laws and languages – deliberately overlooking that the “new” continent already had existing residents. The conquerors determined that the native cultures in North America were devoid of value and an aggressive forced assimilation was implemented – tribes were forbidden their languages and rights in an effort that they became “civilized” according to European standards and definitions. Thus, a “domestication” wave took place, which banned the natives’ rights to language, religion, and life; depriving them of their identity.

The Cree are an Indigenous people of North America. Their tribal territory spans parts of the United States and Canada from the Rocky Mountains to the Atlantic Ocean. They refer to themselves as nehiyiwak, Ayisiniwok and Aha payew – ‘True People’ or in the sense of ‘the people’ as Iniwak, Iyiniwok, Eenou, Iynu or Eeyou. Later, many groups also referred to themselves as Wi Iniwak or Wiyiniwak, which means ‘people of mixed descent’. Related to the Cree language is the Michif, a combination of French and Cree, spoken by the Métis. Today, the Cree represent one of the largest groups among the First Nations in North America. Its 135 communities comprise around 200,000 people.

During my visit to Regina and Saskatchewan in 2016, I visited Cree artist Audrey Dreaver in her studio in the University of Regina. She told me about her family and the painfully experienced loss of language that resulted, on the one hand, from colonial reprisals, and on the other, from the need to survive in the cities. Because the younger generations did not learn Cree at school, and Cree was not passed on by her parents, Audrey’s own Cree community often blames her and other non speakers for speaking the language badly, wrongly, or not at all.  Because they grew up in an English only environment, Audrey, and others who also do not speak their language, are seen as and often feel “identityless.”  Hearing the Elders and Cree speakers say that, “your language is who you are” carries great pressure and sadness for anyone who can no longer speak their mother tongue.

Today, there are many efforts to implement Cree as a subject in schools and communities, transforming language into the 21st century.  Cree speakers can also learn the language in books, essays and novels, all spoken or written in Cree. Art is also being used as a change agent by Indigenous artists from North America. Art that incorporates Indigenous languages, driven by experience with and critical research and dialogue of ongoing colonialism in Canada, has a far reaching impact on Indigenous rights, and the revitalization of First Nation cultures in Canada and North America.

More about by Jackie Hookimaw-Witt