Within and Out narrates real facts and broken dreams, in some cases those full of tragedy and pain. These stories are maintained by one thread – hope.

While Jorge de Leon takes as point of departure the position of “within”- as he was captured in a box or in fire who cannot be extinguished or in a coffin waiting for worms. Carlos Perez’ paintings in contrast refer to “out” – including the idea of those who left and never returned or those leaving not being aware of or possibly “out” as image for the lost paradise we are all looking for.

Both artist’s work are not necessarely a denunciation nor even a torment to justice, they just are a journey through hell of a city, external to a broken dream, within the world of pain we all wish to escape and hide from.
Jorge de Leon answers the following questions – Why does the city condemn us to die a slow death, or why do we kill anything that moves in the city? – directly with – we are a farmhouse of human beings controlled by worms. This is what we are, an infinite farmhouse controlled and devoured by worms!

Conversely, Carlos Perez reminds us through his paintings that further on war violence, there is domestic violence, political violence …The artist adds :  „It does not matter where the violence is at, the kids do not cease to exist at death, and will never cease to exist at death“ Within and out will affect you, if you feel innocent, you might think about it as a shitty exhibition or it possibly will wake you up to reality to make you visualize we only are a reflection of what is both – within and out. 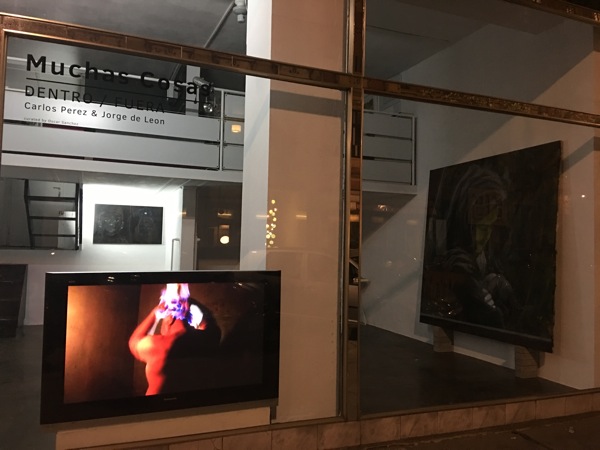 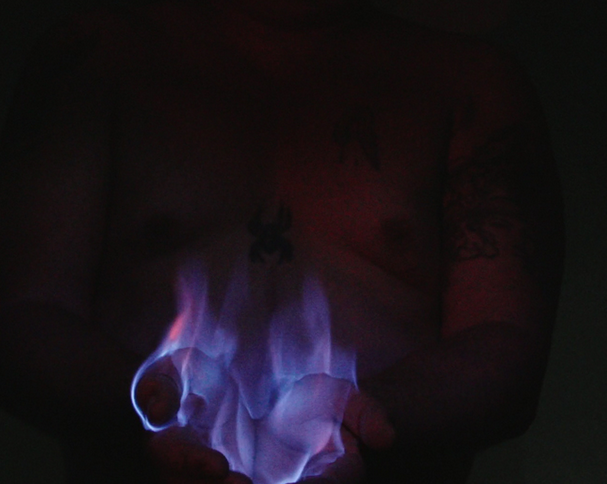