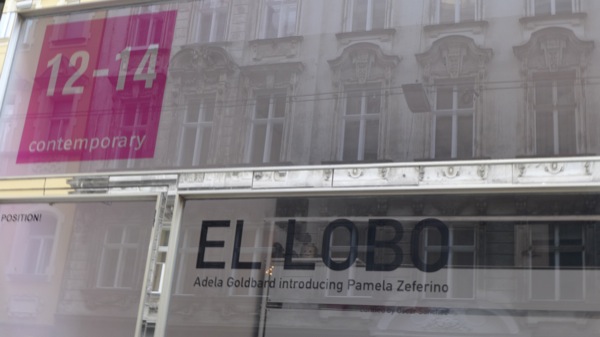 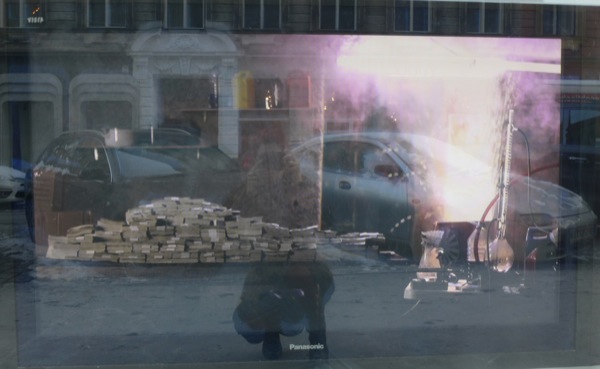 PARAALLEGORIES started with a critical observation of mediatization strategies and ideological manipulation of the Mexican press, especially around events where violence, protest, dissidence or repression make the news. For example, attacks to convenience stores, gas stations and administrative offices of PEMEX (government run oil extraction and gas commercialization agency), ATMs, multinational corporations (Coca-Cola Christmas trees), buses used to block highways,… and car-bombs. Through the construction and destruction of recognizable and iconic structures and objects âŽ¯in collaboration with pyro-technicians from the outskirts of Mexico CityâŽ¯ reality is addressed and misconfigured. Built and destroyed according to the tradition of the Judas Burning a critical exercise that is dressed up as a popular festivityâŽ¯ the precarious effigies embody evil. But their allegorical nature is equivocal since they stand in the margins or opposed to a representation aimed at discovering or explaining the abstract or intangible; hence the name. 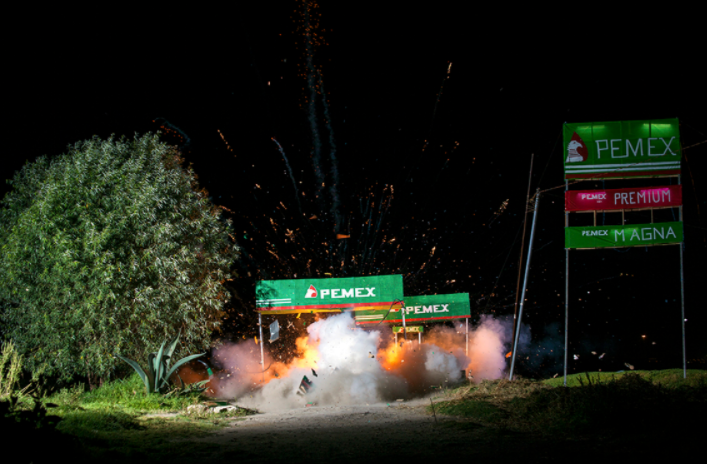 PARAALLEGORIES, a video series by Adela Goldbard, will be presented during the show EL LOBO at 12-14 contemporary in Vienna. EL LOBO, curated by Oscar Sanchez, will be the first presentation in Austria of the well-known Mexican artist. The videos presented consider how the press is mediated, and what ideologies it promotes—especially during events in which violence, protest, dissidence, or repression make the news.

Adela Goldbard uses video and photography to create associative narrations, based on literature and sociopolitical topics. Inspired by her critical observations of Mexico’s press over the past five years, with particular focus on its coverage of the Mexican Drug War, Narco Life Style and the complicated nature of political corruption, Goldbard transfers criminal attacks into an artistic visualization of war, cruelty and lethal enmity.

Goldbard started her carrier doing landscape interventions that were later inspired by borrowed images from news headlines. She creates parallel universes with the help of full-scale models constructed with reed, newspaper, cardboard and equipped with pyrothechnics, like the series FANTASY ISLAND in 2012 or HELIOCOPTERAZO in 2013. Through the combination of traditional handicraft, pyrotechnics and a highly developed video technique she reenacts flashpoints in Mexico’s recent history intersecting allegory, black humor, and metaphor. The collaboration with craftsmen and phyrotechnicians from Tultepec, Mexico (just north of Mexico City), gives her work a special authenticity.

Her projects can also be related to Magic Realism and one of his most famous representatives in literature, Jorge Luis Borges, the famous Argentinian author. Matthew Strecher defines Magic Realism as “what happens when a highly detailed, realistic setting is invaded by something too strange to believe“*. The surprise effect in Adela Goldbard´s oeuvre is highly important: her unvaried long shot view, the slow motion movement, the tranquility and natural sound of the ambience is suddenly interrupted by the beauty of devastation. Handmade fireworks traditions related to archaic purification rituals also appear in Goldbard’s films.

In her work there exist at least two different narrative levels created through simple and ingenuous elements that threaten the secure tranquility of the narratives with explosions and destruction. Her work is endowed with a profound meaning since the stories are based on the one hand in handicraft traditions and on the other hand in Narco gang warfare, corruption and sensationalism of the daily press. The leftovers, clouds of smoke and ashes, achieve an additional aesthetic element: the visualization of volatile sculptures.

Adela Goldbard (Mexican, b. 1979) lives and works in Chicago and Mexico City. Goldbard is an ar¬tist and filmmaker who believes in the political power of art to generate critical thinking and social transformation. Her work investigates unusual connections among visual anthropology, collaborative filmmaking and sculpture through artisanal construction, re-enactment, allegory, and dark humor. Her work includes video, sculpture, photography, text, and public actions, and incorporates a critical perspective on manual labor, land exploitation and archeological preservation. Goldbard has been a member of the National System of Artistic Creators of Mexico since 2015. She holds a bachelor’s degree in Hispanic Language and Literature from the National University of Mexico and is currently completing her MFA at the School of the Art Institute of Chicago, where she was granted the New Artist Society Scholarship. Her work has been exhibited in Germany, Russia, Holland, Belgium, Phili¬ppines, Hungary, Spain, Argentina, Canada, USA, and widely in Mexico.

4k video projected in HD / stereo sound
3:35 minutes
“Casino Royale” responds to the narco-terrorist attack that killed 52 people at the Casino Royale in Monterrey in August 2011.

4k video projected in HD / stereo sound
4:30 minutes
“Plutarco, putos” responds to a widespread strategy of disappearance used by drug dealers with a protest against the monumentalizing of politicians.

2k video projected in HD / stereo sound
45 sec
“Enter the Dragon” is a fictionalized parody of a police raid named after Bruce Lee’s 1973 film; more than 200 million dollars were confiscated in Mexico City during this event.

My current projects explore the relation between urban territories and its history.

1989 Born, living and working in Mexico

Studied art in Mexico City and Lyon, France. My work has been showed in more than a dozen of group exhibitions in several Mexican cities and recently reviewed in Marvin Magazine. I have been selected in the UAEM biennale and received the FOCAEM Grant in 2013. I’m actually studying at SOMA and work both as an artist and assistant professor in the Fine Arts School in Mexico City.