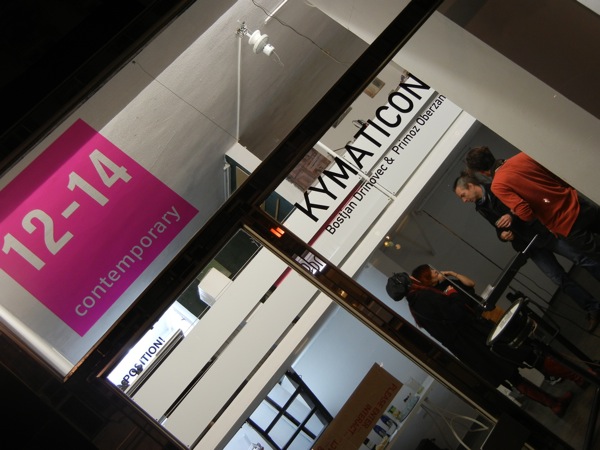 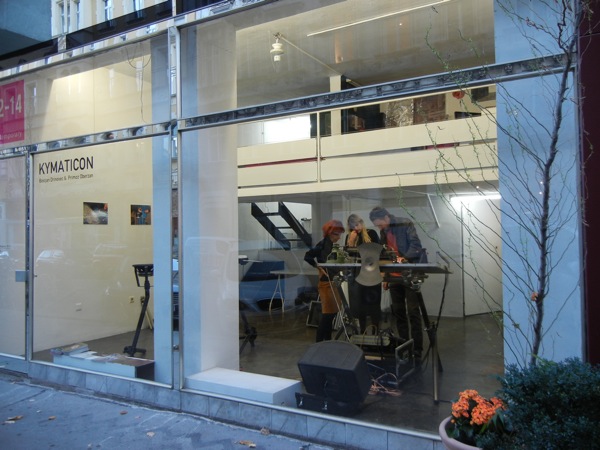 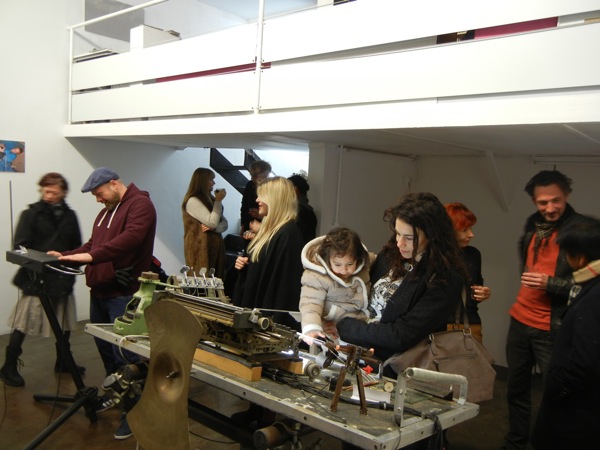 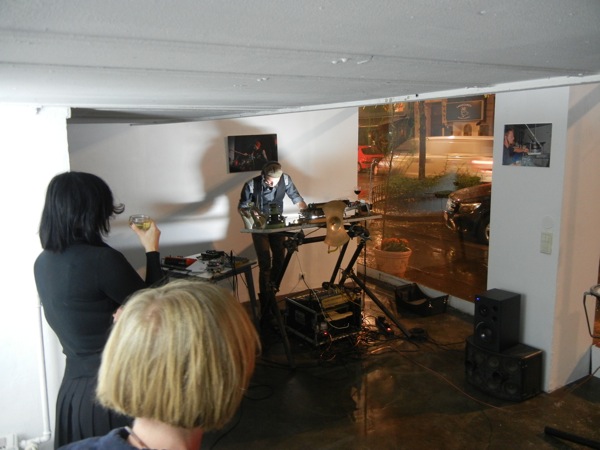 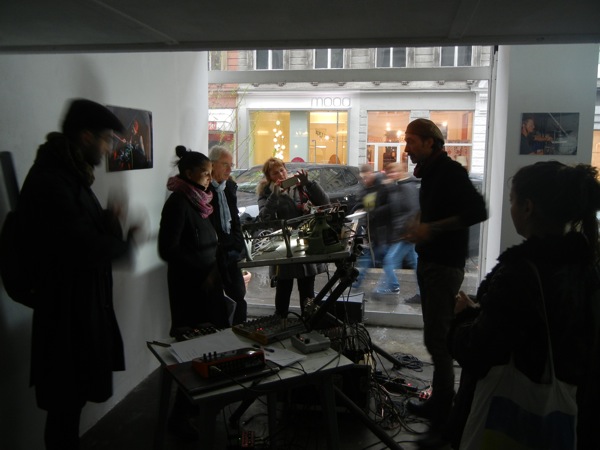 Efector, Theremin, speakerKymatikon is an interactive sound installation. The process starts with act of developing sound with physical interaction by vibrating coils, strings, sound-making objects on Efektor  and electromagnetic interaction of our body with Theremin. It is connected to the speaker, where the sound is amplified and visualised by Kimatic effect. The sound, which cannot be seen gets its visual quality, waves and other forms are created. Efektor is an electromechanical sound generator, built out of discarded mechanical objects like strings, wires, mechanical toys, a typewriter, an analog phone dial, part of a spinning machine and other sound producing objects. Efektor amplifies sounds by piezo pick-ups, and with the help of additional electronic effects  and midi controlled computer combines and mixes these sounds into complex rhythmical sound structures. Efektor  allows  the player  to merge mechanical sounds into unique and improvised compositions and creates  its own musical language.  The Theremin is an early electronic musical instrument controlled without physical contact by the thereminist (performer). It is named after the Russian inventor, Léon Theremin, who patented the device in 1928.  The instrument’s controlling section usually consists of two metal antennas that sense the relative position of the thereminist’s hands and control oscillators for frequency with one hand, and amplitude (volume) with the other. The electric signals from the theremin are amplified and sent to a loudspeaker (Wikipedia).  PrimoÅ¾ OberÅ¾an and Boštjan Drinovec work together on sound exploring installations for the last ten years, Boštjan as  sculptor and PrimoÅ¾ as musician and performer.

Builded Body Borrowed (By Others Written, Knitted I/Eye Spoken Through Me)
Cristina Cojanu 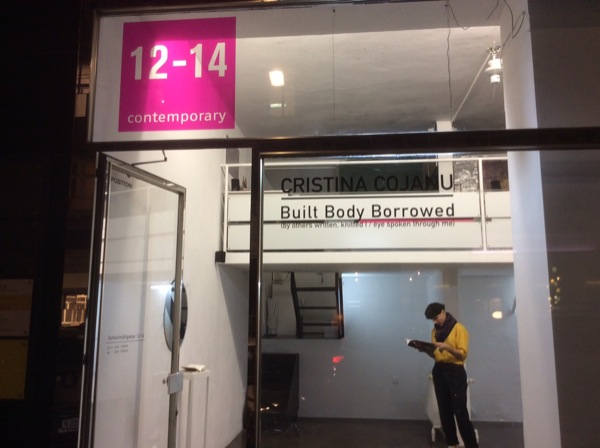 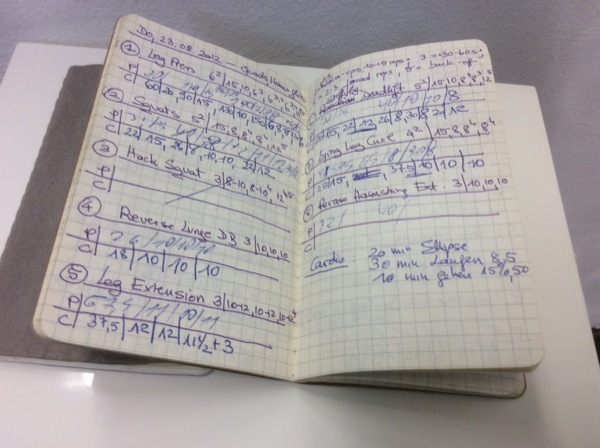 In this sound installation, which takes the form of a voice recording based on a writing game, I am reflecting on bodybuilding practices in relation to the Western culture and the idea of aesthetics of existence. In relation to freedom and power. To gender. In our culture and in our society, the deviant body cannot be present. Yet, in the words of Jean-Luc Nancy, the cult phrase Hoc est enim corpus meum is our very old and deep obsession (and this is the case actually no matter of the culture we come from: Om mani padne… or Allal ill’allah…).

In a Western world stuffed with all sorts of body projects, subversive bodies, modified bodies, monstrous bodies, hedonist bodies, sovereign bodies, seem to be able to still embody and render some forms of resistance to Power structures, to functional efficacy, to the Capital and its system of over-signified bodies, to culture per se!

Bodybuilding practices (as against other trends from the fitness industry) seem to oscillate at the limit of being a form of body modification, a sport, or a form of art. They seem to be some ornamental processes, structures that produce forms of knowledge and that work towards their own end and display and unfold the ornamental as giving and receiving of forms.

The transformative aspect of any form, life and presence, the change in being when something comes into presence, exposes the schizoid tendency of being.

The plasticity of form as a sculptural act and effect is here doubled by its ontological meaning, which dislocates all unity while revealing the schizoid consistency of every form and reality. It is this body, this bodybuilt body that is only image, which problematizes presentation and representation in an image, as an image, and that shatters into pieces what was for a long, very long time the pylon on which Western thought and reason were founded — the unity of being!