When the motive of a traditional rug design appeared in Gani Llalloshi’s work for the first time, it was strongly linked to his own memories. In the region where he is originally from, making rugs was the craftsmanship of many households. It contributed to the local economy and functioned as a symbolic activity within society.

Beside the function of aesthetic object and providing comfort for living, rugs have always been regarded as beholding symbolic images, which should affect the everyday life through the spiritual sphere. The abstract shapes for example, represent rams as masculine energy, women with hands on their heaps, birds’ heads around medallions or double-headed eagles. On the other hand, a variety of animals and plants symbolize various virtues and auspicious concepts for life. Motives, patterns, shapes and colors are often arranged in a way that should lead the observer or user into a contemplative or meditative state of mind.

Therefore the traditional rugs may be regarded to be magical gates to the (inner) infinite space of the unconscious. Even to a contemporary, living in a superficial society of quick consumption of symbolic images, a carpet may provoke comfortable feelings. Beside its legacy of expected apotropaic role from the old tribal rugs and the support to reverie from specific designs, a rug has always a strong tactile effect as well. In some way it makes a person feel safer than in their mother’s arms. The warm embrace makes it easier to open the door of one’s inner world and to dig out memories, dreams and thoughts. All this might give some hints why Sigmund Freud covered his therapeutic couch and adorned his studio with traditional rugs from western Asia.â€¨

Gani Llalloshi refers in his paintings to kilims, a kind of rug that is known among many peoples, but also very typical of the Balkans. From the whole rug, only the border design is used here. The central field always carries an image that in itself already is a reverie. An image that can appear as depicting some particular dream, but on the other hand it acts as a general, fuzzy and confusing dreamlike sensation, known to anyone from their own life experience. 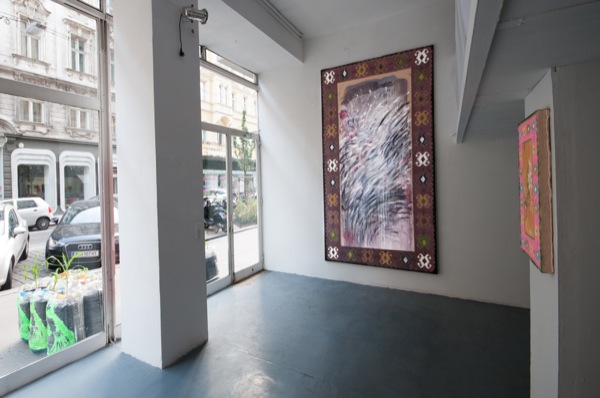 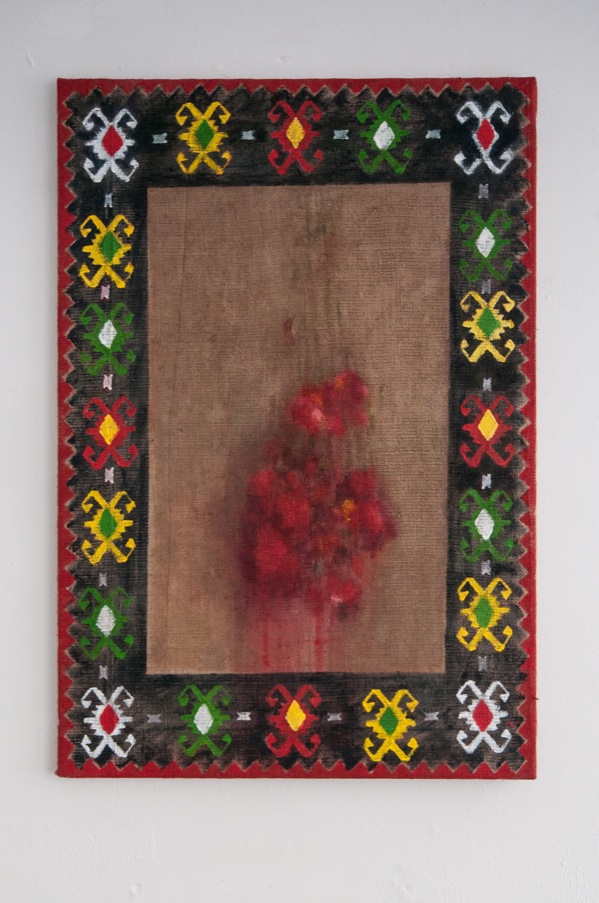 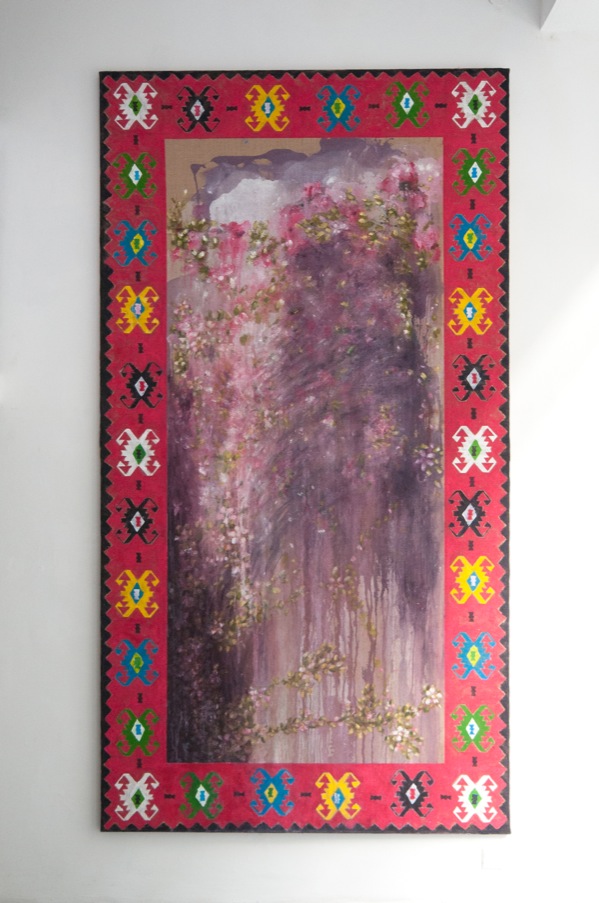 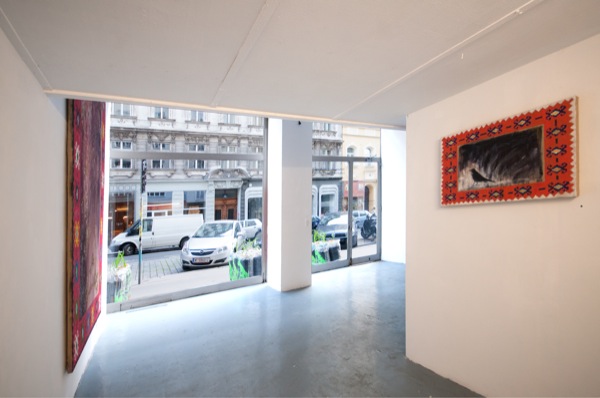