Beauty is a dark Attitude

2014 Part is fame art as a game Vienna / Bucharest 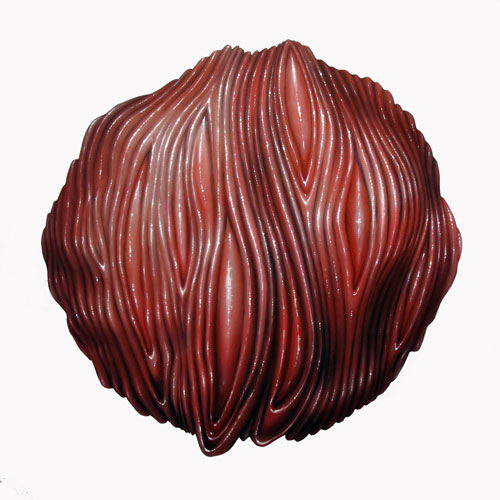 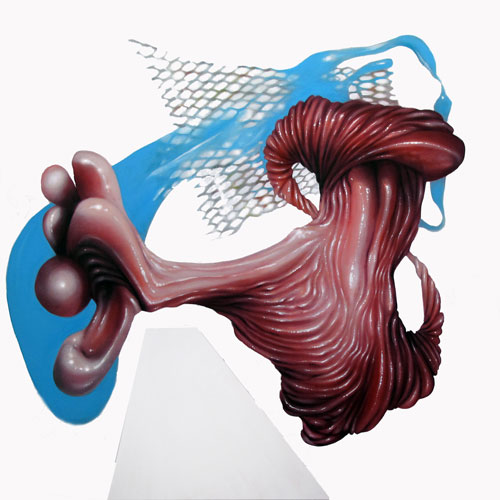 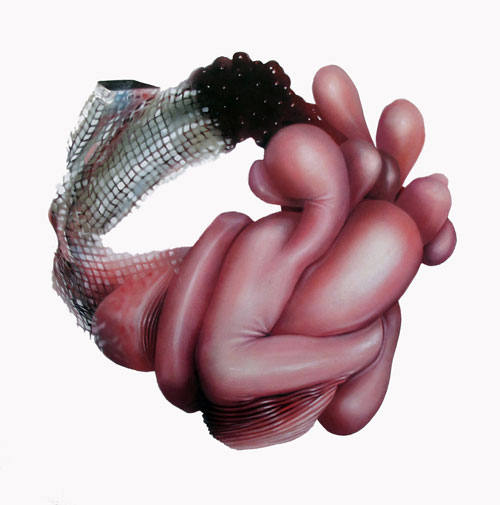 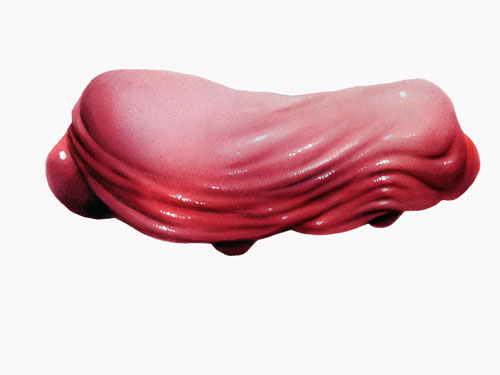 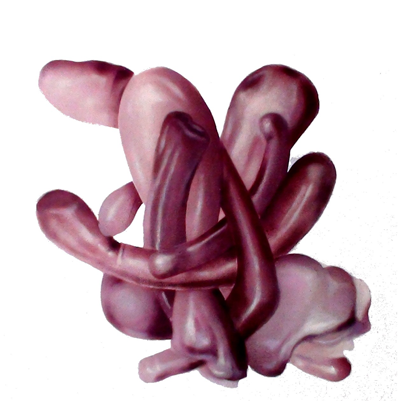 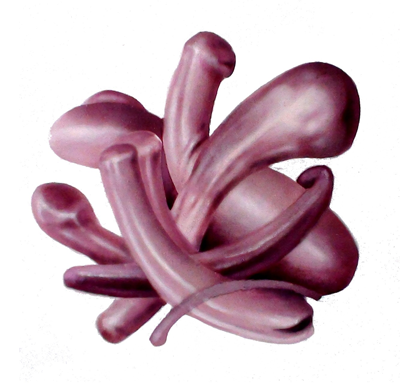 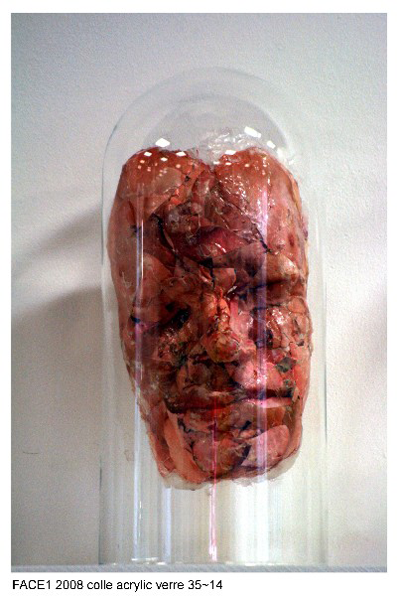 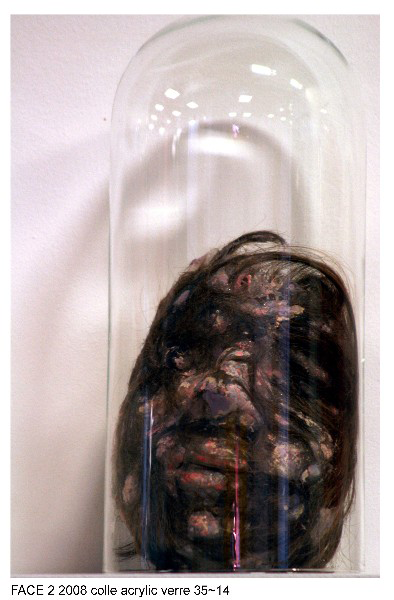 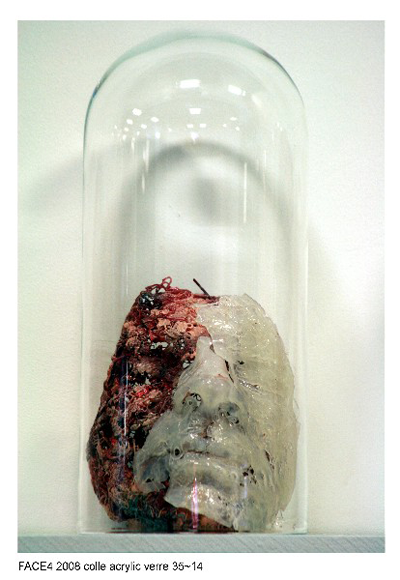 The Universes of Benoit Gob

Shriveled papier mache heads stored in glass falls – an excerpt from a pathology museum. Rooms, busy  with tiny aliens, or fungi, or microbes. They overgrow furnitures, walls, floor  and ceiling. They move, they breathe. â€¨Machines, their usefulness not obvious,  growing forms such as ulcers.

Shirts, dancing through space without support, without people, completely autonomous. â€¨â€¨All so antithetic, it  still is strictly connected to each other – â€¨the universes of Benoit Gob, who himself not arranged to a genre.

He is actor, performer and dancer, paints, creates collages, designs and builds machines  and sprawling installations.

Compositions, centering on nondescriptive structure and neverthless give an impression of movement. â€¨Composition creates movement.

Benoit Gob slides between genres. He  creates with scientific curiosity parallel worlds. Variations of life and art, film, stop by and movements in close up and long shots.

Ties points to artists such as Heinz Mack, Marcel Duchamp, the Dadaists and Surrealists are everywhere, but the artist goes one step further and attempts a synthesis of all these trends.

Benoit Gob is a thinker, inventor, designer, sampler. Again and again he renewes his position, changes his perspective, reflects his experiences and invents new world for us.

The exhibition ‘Cher, chair, share’ is an ideal opportunity to zoom in on the extremely critical fantasy in the creative brain of Benoit Gob. A magnifying glass would come in handy to show Gobs preference for the detail. Gob himself names the theme of his exhibition: ‘Cher, chair, share’. The composed skins in his work are to him ‘the flesh as an epidermic entity’. The word entity origins from the Latin ‘ens’, which means a ‘being’ and ‘entitas’ is translated as ‘the being of a being’. The upper layer, the flesh or the skins of his epidermic entities generate a presence. By composing the upper layer with re-used fragments of images, he creates a fleshy identity, ‘my carnal objects’, as he calls them. These recycled associations of familiar images give Gob’s assembled objects a sense of past, as if they have always been here. By giving them a new form, often in an undefined space, he creates ‘a being’. The exhibited works, often consisting of 2 or 3 panels, recognize if it were each other’s presence. These beautiful mutants are the actors in Gobs futuristic dreamworld. Benoîts love of puppet plays and theatre encourages him to give his ‘epidermic objects’ a persistent and major role on his wooden panels.

One could divide the exhibition following the duality of the skin. Two revealing worlds meet in the world of Gob. On the one hand there are the heavily symbolic collages referring to an extreme world veiled by materialism. Entities are built from jewels, skulls, sexy snake skins, crowns and cut-up porn stars yelling for attention in pop-artlike aggressive forms. They are brilliant and form an aesthetic beauty. But when looked at closely, they comment subtly on a culture where loaded guns and capitalism degrade the big themes of love and death to fancy pictures devoid of humanity. Sculptures of human skin are contained in glass bubbles, with a view on the lifeless tailored suit with a falling knife. And still, I cannot shake the idea that Benoît Gob gives this materialistic (pop)-art culture a pleasant, light, careless touch. The end of an era that had no choice. But Benoîts language is not that of a patient man. His fantasy gives him the opportunity to create a futuristic surrealist world. A world of cyborgs and fleshy entities mutated by biotechnology and genetics floating around in a Big Bang-context. The skins of hundreds of porn stars and body builders become hybrid forms, melting with the remains of a highly technological industrial society, in a world where only poetry triumphs.